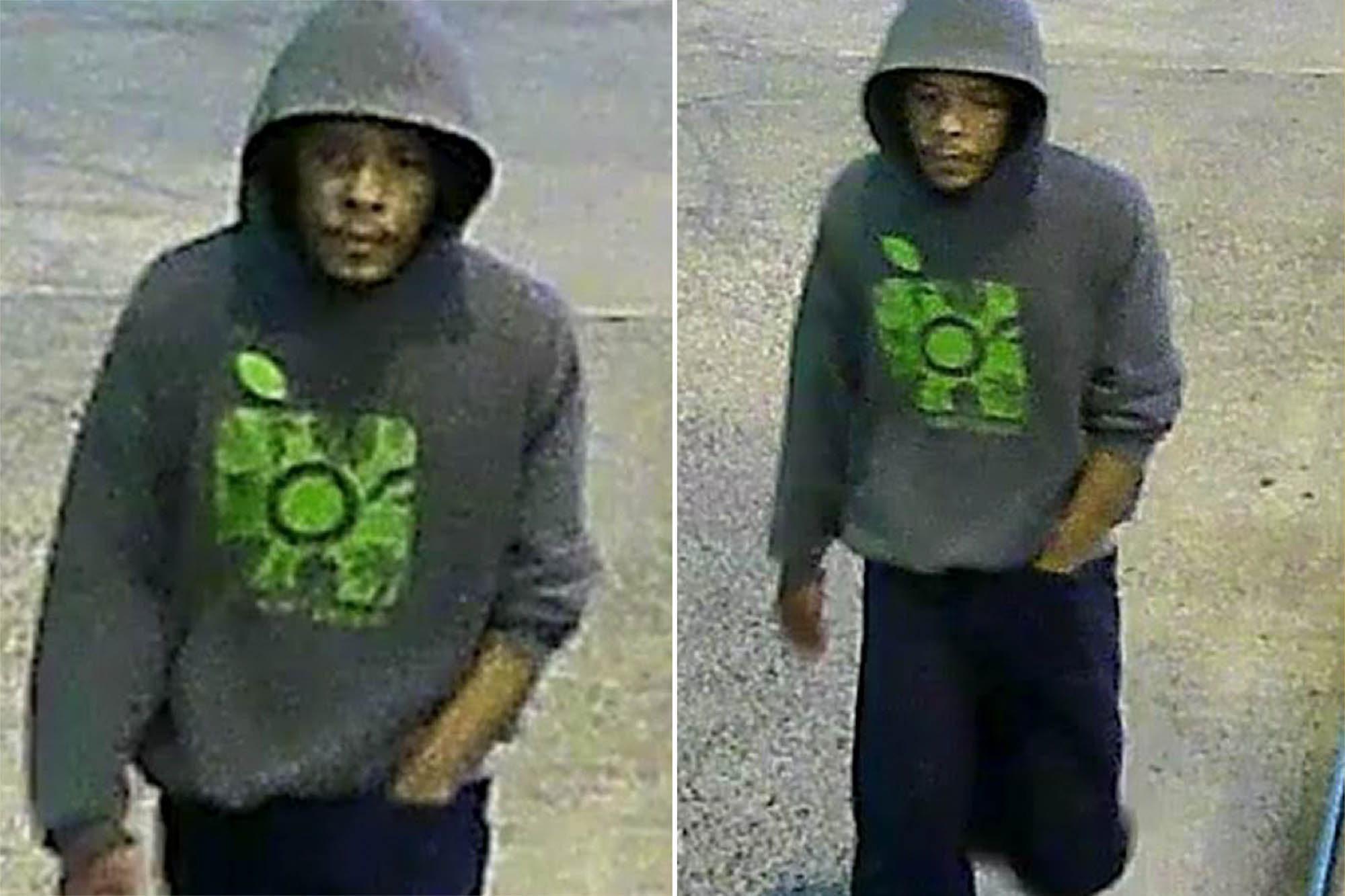 A stranger randomly slashed a 21-year-old woman on a Harlem street, according to police.

The victim was walking at West 135th Street and Amsterdam Avenue around 8:10 p.m. April 25 when the assailant suddenly grabbed her from behind and slashed her back and shoulder without saying a word, cops said.

The suspect fled east on West 135th Street, and the victim was taken to Mount Sinai Morningside in stable condition.

The suspect, shown in a surveillance image released late Thursday, was still at large Friday.

He appeared in the footage wearing a gray hoodie with a bright green design.